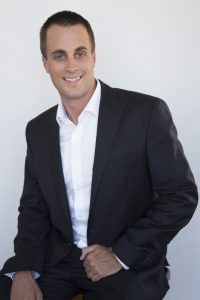 Pleasanton, CA — May 15, 2020 — NextHome is pleased to announce the newest addition to the franchise, NextHome People First, based in Henderson, Nevada. The brokerage represents the fifth office location opened in Nevada for the NextHome franchise and the 472nd NextHome office opened nationally.

The brokerage is owned by second-generation REALTOR® and Nevada native, Beau McDougall. Beau brings a love of Southern Nevada to his new brokerage, along with a knack for world-class, people-first service.

Beau grew up in Henderson, the son of a real estate appraiser and a brokerage owner. After earning a Bachelor’s degree in public administration from the University of Nevada, Las Vegas, Beau began a career as a firefighter/paramedic in Boulder City. In 2011, Beau transferred to the City of Las Vegas Fire Department. He spent the next eight years as a firefighter/paramedic, eventually attaining the rank of Captain at Fire Station No. 1 in downtown Las Vegas – one of the busiest stations in the area.

However, Beau continued to feel an attraction towards real estate.

“I remembered running MLS reports with my mom when I was a kid,” Beau said. “At 15, I had the opportunity to do a renovation/rehab with my dad and we went on to do two more together.”

In 2010, Beau obtained his real estate license and began selling with the McDougall Real Estate Group. Beau found his niche working with local firefighters, many of whom knew Beau as a trustworthy and ethical business professional.

“Most of my clients came from my firefighting profession and I feel like I’ve treated them well,” Beau said. “As we were sitting around the station, questions about real estate and investing just came up organically and it led to really good conversations.”

In 2018, Beau decided to delve into the commercial, REO, and property management sides of real estate. To best serve these clients, he opened his own independent brokerage – McDougall and Associates. Over the course of a year and a half, he grew the brokerage to five agents, personally closed more than 14 transactions, and increased the REO side of the business.

However, Beau knew that in order to continue to grow, he needed to partner with a franchise.

“So often I felt like I was chasing my tail with so much busywork,” Beau recalled. “I was on my second website and third CRM and putting all those pieces together was keeping me from building a solid foundation for my business. If you don’t have a good foundation, your house will never be built. So I started looking for a franchise that fit me well, that I could be proud to be associated with, and that could help me build that lasting foundation.”

“When I inquired, NextHome contacted me right away,” Beau recalled. “As I started doing more research about NextHome, I fell in love with the foundational ideas of the company. The NextHome approach to business fits my goals and aspirations. My approach is about taking care of people – I truly live the ‘Humans Over Houses’ philosophy.”

Today, Beau is focussing his attention and expertise on helping NextHome People First agents grow to their full potential. As they do, he aims to make his office the one place where locals know they will receive high-quality, ethical, and attentive service.

“At the end of the day, it really is all about our client’s needs,” Beau said.

Beau is so dedicated to serving his local community that a portion of each NextHome People First transaction goes to area charities. Recently, Beau has been giving back to Boys Town of Southern Nevada. The non-profit organization provides counseling and behavioral development resources to local children in need. In addition, Beau volunteers with the Sanctuary Project in Tucson, Arizona. The organization is an animal sanctuary and adoption program that finds loving homes for abandoned pets.

Beau also began a two-year term in January serving on the University of Nevada, Las Vegas’s Alumni Association Board of Directors.

Beau and his wife Diana are the proud pet parents of two rescue dogs: Lilly and Chester. When they aren’t working or serving their community, Beau and Diana compete in IronMan and half IronMan events all across the world. Beau has run the Great Wall Marathon – an annual event where athletes run along the Tianjin section of the Great Wall of China. Currently, Diana is training for a 100-mile running event and Beau is participating in a 100-kilometer run.

Please join us in congratulating Beau on all his achievements and the opening of NextHome People First in Henderson, Nevada!