Looking for the Housing Markets Most Likely to Outperform in 2020? Look South

A collection of relatively affordable, sun-belt markets are among those in which home value growth in 2020 is most expected to outperform the national average, according to a panel of experts recently surveyed by Zillow.

As part of the Q4 2019 Zillow Home Price Expectations Survey, sponsored by Zillow and administered by Pulsenomics, a panel of more than 100 U.S. economists and real estate experts was asked to rate their 2020 expectations for home value growth compared to the nation in 25 large markets nationwide. On average, panelists said they expected U.S. home values to grow by 2.8% in 2020. In order to create a score for each of the 25 markets analyzed, the share of panelists saying they expected a market to outperform that average was weighed against the share saying they expected it to underperform.

Of the 14 markets that received a positive score (a higher share of panelists said they expected the market to outperform than underperform), 11 were in Texas or elsewhere in the Southwest or Southeast. Portland, Minneapolis and Denver were the only non-Southern markets to make the list of those expected to outperform. 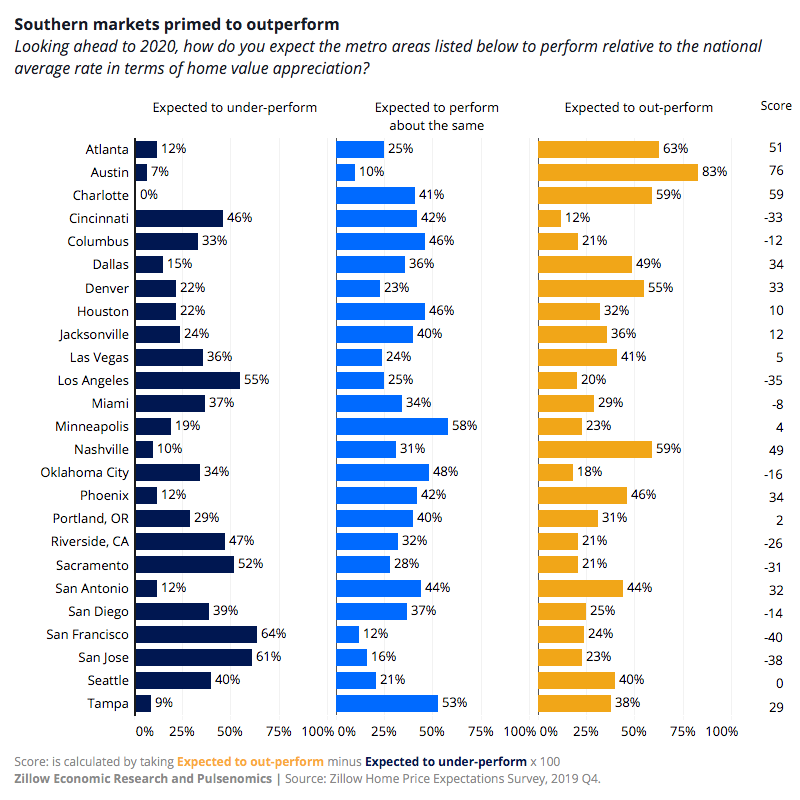 A group of pricey California markets topped the list of those most expected to underperform, with the worst scores tallied in San Francisco (-40), San Jose (-38) and Los Angeles (-35). Of the 10 markets that received negative scores, six were in California (the three mentioned above, plus Riverside, Sacramento and San Diego). Cincinnati, Columbus, Miami and Oklahoma City rounded out the list of 10 markets most expected to underperform.

Nashville was the only market analyzed in which no panelists said they expected home values to fall in 2020. 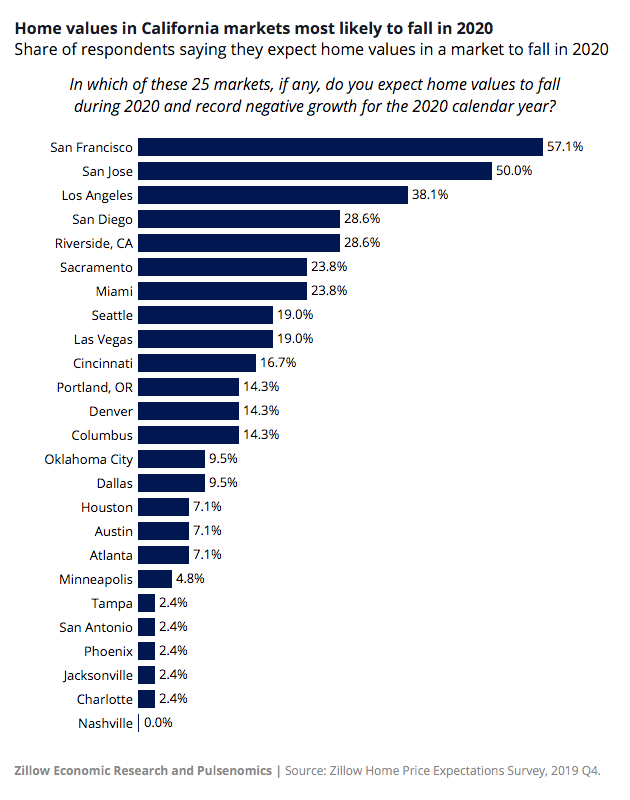