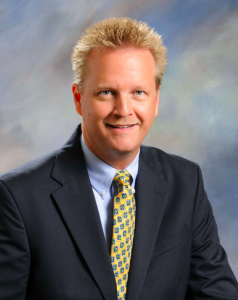 Previously working 15 years in the cellular phone industry, Anderson entered the real estate industry after delving into real estate as an investor.

Buying his first investment property in 2003, Anderson rehabbed and resold the home in just a few months. Realizing he made a substantial profit in a relatively short period of time, Anderson left his job in the cellular phone business and purchased six properties over the next three years – turning all of them for a profit.

In late 2005, Anderson made the decision to immerse himself completely in real estate by getting his real estate license and representing himself on his purchases.

The following year, the real estate market saw significant shifts in values. Anderson held off purchasing properties and turned his focus to working with buyers and sellers. He eventually connected with a foreclosure listing agent, where he learned the methods of selling foreclosure properties.

From 2008 until late 2012, Anderson worked for a REO real estate broker and honed his skills in negotiation and client services. It was during this time Anderson realized it was about working smarter – not harder.

“Looking at the real estate landscape, it was quite obvious that leverage was key in creating a sustainable business,” said Anderson.

In 2012, Anderson accepted the position of manager for the Largo-based brokerage. Under his leadership, he was able to grow the company from a single agent brokerage to over 30 agents in less than three years. His success led to his promotion in 2016, where he was appointed the managing broker for the company’s expansion location in Clearwater, FL.

In mid-2016, Anderson felt the need to consider his options. Opening his own brokerage made the most sense and NextHome was a franchise Anderson had been watching on for some time.

“I kept seeing the NextHome real estate signs showing up in various neighborhoods in Florida,” recalls Anderson. “As I found out more about the company, I realized it would be the perfect franchise to align my new brokerage with.”

When not selling real estate, Anderson loves to spend time with his wife, Peppy. After enjoying 16 years together, the couple was recently married in April of 2016. They enjoy traveling and have recently visited Europe.

We are incredibly proud to have Tony and his team at NextHome Gulf Coast as part of the NextHome family!