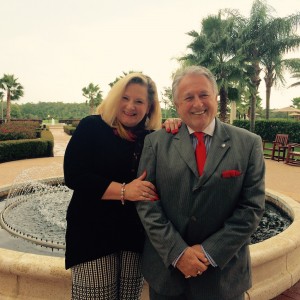 Pleasanton, CA— August 25, 2015 — NextHome is proud to announce our newest addition to the franchise, NextHome Gulf to Bay. This is the franchise’s fourth brokerage in the state of Florida.

The two of them took different paths in their careers, but eventually found each other.

Michael immigrated to the United States in 1983 from Edinburgh, Scotland and settled into the St. Petersburg, Florida area. He purchased a contracting company that allowed him to experience the highs and lows that real estate provided. By being a supplier of builders and home restoration professionals, he was able to see and experience the art of real estate. Eventually, due to the prodding of some of the friends he made while in the contracting business, Michael made the decision to sell his business and get his real estate license. He joined a local boutique brokerage, Marie Powell & Associates in South Pasadena in 1988.

Jan started in the real estate business in 1979. Her career took off quickly; achieving a strong number of sales right from the start due to her hard work and dedication towards learning the real estate craft. She also made the choice to work at Marie Powell & Associates, which is where she met Michael.

After meeting, they both found themselves interested in the same thing – raising their standards and creating a great level of service for high priced homes and the sellers who owned them. They made the decision to partner and created their high-powered sales team in 1989. That decision was a good one.

In their first year, they were able to increase their average sales price by more than 40%. With additional revenue coming in, they made the decision to move their team to Re/Max Preferred in St. Pete Beach. This change of brokerage brought them closer to the coast where they could service their higher end clientele.

In 1993, a unique situation became available to the business partners. Michael was offered the role of Sales Manager for Realty Executives in St. Pete’s Beach. Jan was also encouraged to come over to increase the visibility and productivity of their team. They made the decision to move and changed the team name to “The Shore Bet Team”.

From 1993-2001, Jan ran the day-to-day operations of the team and led the Shore Bet Team to 80-100 transactions annually. This increase in business required growth of the team. Under Jan’s guidance, she recruited and built the team to six members.

In 2001, the owner of the Realty Executives office made the decision to change the office to a Keller Williams brand. This moved Michael to the role of Team Leader where he grew the office from 38 agents to over 140 in just over three years. While Michael grew the company, Jan was equally impressive in growing the team’s sales.

In 2002, Jan took the business through the ceiling. The Shore Bet Team sold over $20 million in volume. Even more impressive is how it was done in a market where the average sales price was $175,000.

Working together for 20 years led to the two of them falling in love and they were married in 1994.

“Working with your spouse can be a difficult challenge,” said Michael. “But with compromise, understanding, support, recognizing strengths within each other and coming up with mutually agreed upon decisions, we have made it a successful partnership in life and in business.

In 2006, they decided to take their talented team and open their own brokerage – Bindman Bruzas Realty. Just two short years later, an opportunity to purchase a Realty Executives franchise came available and they bought into the brand. They continued running their Realty Executives brokerage until early 2015 when their franchise renewal was under review and they were introduced to NextHome.

“I saw NextHome in many different places,” Michael recalled. “I saw people talking about it on Facebook. I saw the company featured on Inman.com. I even saw their article in REALTOR Magazine. When I saw them nominated as one of 2015’s Most Innovative Companies by Inman News, I knew we had to take a deeper look at the franchise. With the fresh, exciting look of the brand and the depth of the technology offered, along with the leadership’s intention in making a positive change in the industry, we knew it was the right fit for us.”

“I speak to over 100 brokers a month and with each conversation I grow more and more concerned about our industry when it comes to brokering an office<” said NextHome Vice President of Sales Charis Moreno. “When I met Michael and Jan something immediately clicked inside me that I had to bring them to NextHome because they had so much to offer, and what we had to offer in return.  I knew that with their experience, leadership and knowledge that they had so much more to offer their agents and so many in their market.  It was as if something inside me said ‘This is why we built NextHome…for brokers like Jan and Michael.’  I knew with their NextHome affiliation, we could transform them and give them what they needed to provide their agent’s the best tools and technology in the business.”

When not selling real estate or helping in leadership, Michael and Jan enjoy spending time with their five children, six grandchildren, and the company of their two Beagles, Ari and Quiggles.

We are thrilled to welcome Jan, Michael, and the rest of their team at NextHome Gulf to Bay to the NextHome family!